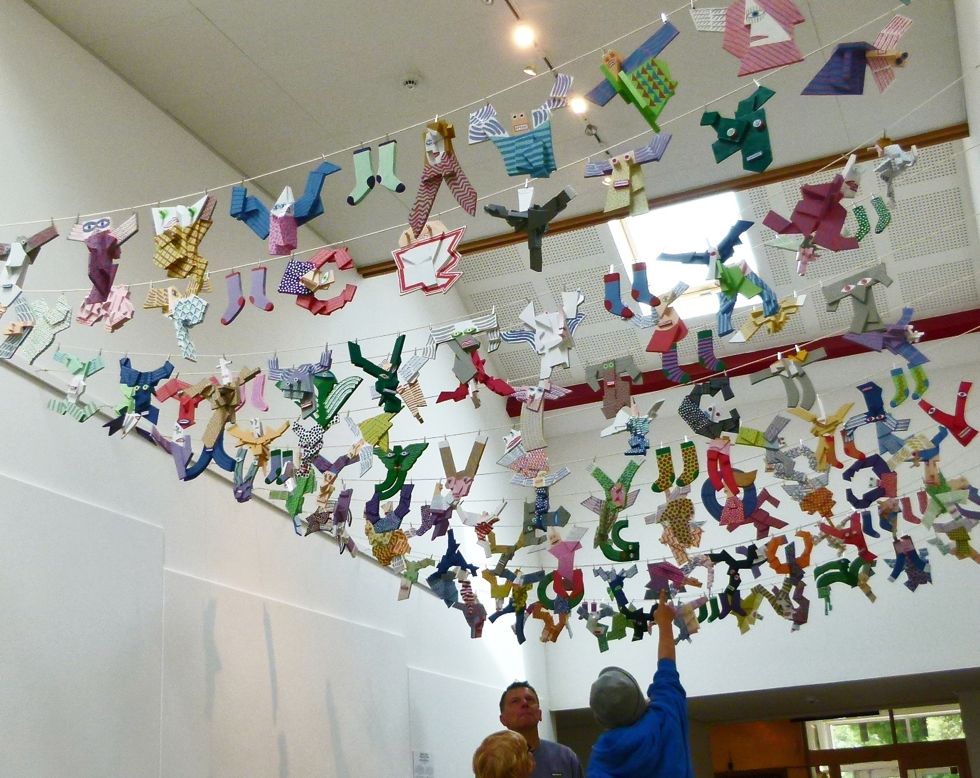 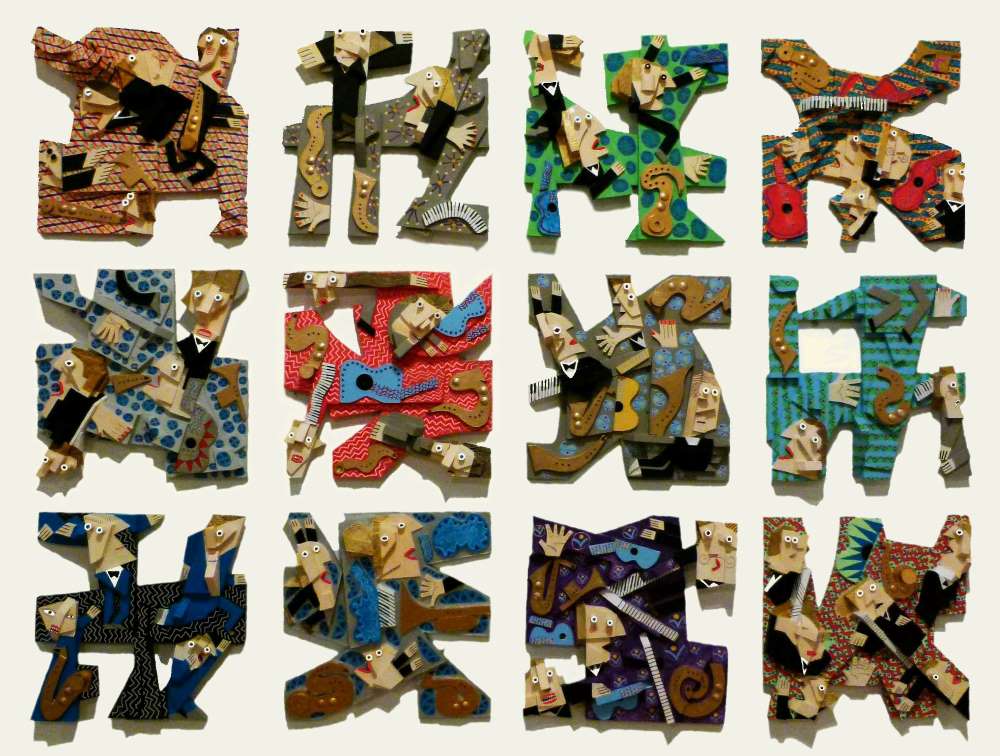 At Oriel Ynys Mon (the municipal gallery for Anglesey) there’s an entrance corridor leading to the main gallery.

The brief was to create a piece that made use of this space. My starting point was a memory from early childhood. I must have been in my grandmother’s garden. She was telling me about heaven; that heaven was in the sky, and that God and the angels lived there. When I looked up to the sky all I could see was her washing on the line all gesticulating wildly in the wind. In my child’s mind I must have conflated the two ideas. The ‘washing lines’ hang across the corridor creating a tunnel-like experience. The ‘washing lines’ have also been strung across right-angle corners of gallery spaces.

At the beginning of WW2 my parents must have deemed it wise to shut up their home in Birkenhead (my father was in the Navy) and for my mother and I to move to her family home in north Wales in the village of Gellilydan near Maentwrog in Snowdonia.

In the house lived my grandparents and four daughters (including my mother) and a son. The son, Bryn was in the Air Force and occasionally home on leave, as were the daughter’s husbands; so there was constant coming and going.

This was not a twentieth century household, indeed it was a nineteenth century household, dominated by my grandfather. Magazines were not allowed, neither were romantic novels, otherwise ‘improving’ books were just about tolerated, chapel three times on Sunday, evening prayer meeting during the week, radio strictly monitored.

The husbands (including my father) were respectful of, and happy to abide by the rules. Bryn however was certainly not prepared to go along with such a regime. He had, after all, been away fighting for King and Country. One of his first acts was turn on the radio, full volume, tuned to a radio station probably one set up to cater for American military in Europe, playing jazz.

I was gobsmacked. Not only was this the first jazz I heard. This was my first experience of the open defiance of authority, it took my breath away. Until then I had only heard chapel music; this music had vitality and forward momentum. I was energised by what I heard and (I was told much later on) it sent me charging about the house. Furthermore this was the first time I had seen anyone (Bryn) tap his feet in time to the music. This was something I had to learn to do, and I practiced in my bedroom.

This piece is an attempt to make visual my experience: what went on in my mind when I first heard jazz. mdf/acrylic 30cm x 30cm